Walk A Mile In Her Shoes by Madalynne Naab

Walk A Mile In Her Shoes by Madalynne Naab 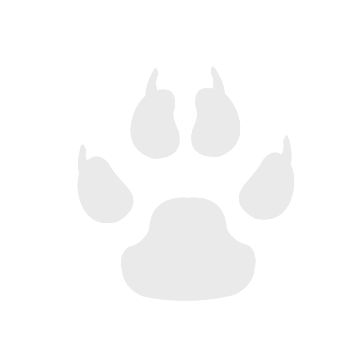 MV’s Got Talent: the perfect place for both nervous freshmen and confident seniors to step outside of their comfort zones. Underneath all those bright lights and fake smiles, there’s a lot of practice and preparation from the choir and from Mrs. Mueller, Maquoketa Valley’s choir instructor. She spends so much time meticulously picking all the songs that are going to be sung. She wants to make sure they fit in with her overall vision of the show before she even shows the
material to the choir.

Mrs. Mueller’s whole world revolves around music. She never gives up an opportunity to better herself: she practices during her prep time, after school, and even her precious weekends at home. But the most challenging task was finding time to rehearse with all the soloists and small group performers. Mrs. Mueller had to compete for time with sports and other extracurricular
activities. Even though there were so many songs that needed to be practiced, she also had to find the time to plan the concert order. This was also difficult because she wanted to portray MV’s Got Talent as a show, not just another concert. She wanted to witness astounding acting with true passion on that stage, and she made it very clear that she would not settle for mediocre.

Mrs. Mueller always has a vision for MV’s Got Talent even before she picks the songs. She bases the songs around a centralized theme and puts the songs in the order of what emotionally feels right to hook the audience. For example, songs performed in the lobby were chosen to be sung there because the songs fit the relaxed vibe of the lobby and played into the
audience’s emotions well. “When I Grow Up” was first because the hope was to grab the attention of the audience with the exaggerated childish acting of the choir while they were singing. Solos and small group performances were alternated based on the style of the song to add as much variety to the show as possible. The song “Walk A Mile” made you reflect on what
it would be like to “walk a mile in your neighbor’s shoes”. When asked about the impactfulness of her song choices, Mrs. Mueller commented, “‘Glory’ had such a powerful message. I felt the bass clef chorus performed this with a lot of passion. This song hopefully helped people think about what they would march for. ‘A Million Dreams’ was the perfect closing song and the faces
of the audience during this song helped to affirm this.”

Not only does Mrs. Mueller have to plan out the concert order, but she also has to figure out how to set up the stage for each song. However, she has to keep in mind that this year’s musical Beauty and the Beast has practice during this season on the same stage. “Sharing the stage with the upcoming musical meant having to think about using the performance space in a different manner. Everything needed to be in front of the mid black curtains and we couldn’t use the normal colored background drop during the concert… decided to use the drop-down screen and have the performers create their own slides to use as a background.” Obviously, Mrs. Mueller is an excellent, creative problem solver for thinking up that clever solution. For “When I Grow Up”, Mrs. Mueller had a tire swing hung up for someone to swing in to give the illusion of a playground. Other props were also brought in like coloring books, crayons, stuffed animals, and costumes to really emphasize the childish feel of the song. While
the boys were singing the song “Glory” from the movie Selma, clips of the movie and pictures of segregation were being played on the backdrop. The guys were also packed very tightly together in order to create a sense of unity among the group to further emphasize the message. “Walk A Mile” had a more even distribution of people to fill up the space because it was a soprano, alto,
tenor, bass (SATB) song. Meaning the entirety of the choir had to fit on the stage. Since the song “A Million Dreams” from the movie The Greatest Showman had an image displayed on the backdrop and was also an SATB song, Mrs. Mueller staggered the choir sitting and standing among the stage and the risers in order to give the audience the best view possible.
“Walk A Mile.” had a thought-provoking message: walk a mile in your neighbor’s shoes. “‘Walk A Mile’ had a powerful statement about challenging yourself to look at people from their perspective in order to better understand them.” Mrs. Mueller explained. We can apply this to Mrs. Mueller in how most people don’t realize how much effort goes into all the preparation for concerts. People need to realize that even through all the hectic preparations, the only thing Mrs. Mueller truly cares about is the well-being of her students: “I looked for songs that I hoped would resonate strongly with the choir (and eventually the audience) and help to build a positive, engaged learning environment in the classroom.”